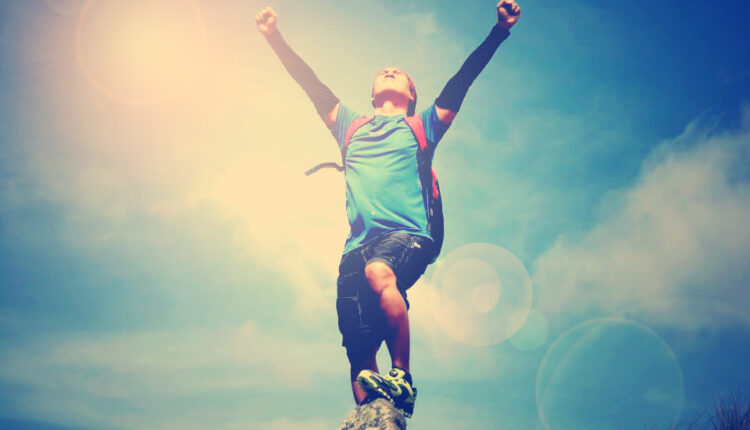 On the success we won’t let ourselves experience the difference between trying and doing.

I fight it every day: the urge to “try.” It sneaks into my mind and suggests that it alone is enough. It’s not, and I know that. Sometimes though, my weakness wins out.

We all have things we want in life, things that pull so heavily on us that denying them would be nothing more than a waste of energy. Usually, achieving those things takes sincere and unyielding effort, and that’s not something we come by when all we do is try. It takes more than that. It takes a willingness to “do.”

Let me explain. Doing is taking that want and treating it like a need. Trying is treating it like a wish, something you have no control over. Doing is coming across a great opportunity and seizing it without hesitation. Trying is coming up with a number of excuses for why you can’t do. Doing is failing miserably and not letting it fazes you. Trying is accepting that failure as the most you can do. Simply put, trying is a weak imitation. It’s a partial exertion that allows your insecurities to say, “Hey, at least we gave it a shot. At least we tried.” Meanwhile, those things your heart yearns for are no closer than they were to begin with. These are the cycles that stifle us.

It may sound like a game of semantics, trying versus doing, but I assure you, it isn’t. Think of all the things you’ve tried to do in life. Now think of the things you’re doing. What’s the difference between the two? I’ll tell you. One is not getting done and the other is. It’s that simple.

We tell ourselves that the success we want is complicated and out of reach. We state plainly, with no fervor or zeal, that we want it, but whisper silently that we can’t achieve it and probably aren’t even worthy anyway. This is the story of our missing success and happiness.

It all starts in the mind. Among all those thoughts, ideas and memories lies the subconscious, a powerful set of incognito messages that drive our behavior. They tell us how we really think and feel about ourselves, and when there is a conflict between the conscious and subconscious, the latter takes precedence.

All that fear, that doubt, that worry you don’t even want to admit you have, that’s the work of those negative thoughts that have found their way into your subconscious. They make you try over and over again, knowing good and well the real results don’t come without doing. They make you believe you’ve exhausted all options when the truth is that you haven’t even begun to consider the possibilities. You’ve done nothing but try.

I direct this message inward first, kicking myself for all the time I’ve wasted trying. I direct it outward next, hoping to spark something in you to encourage and inspire. Life would have little meaning without a goal to pursue, a challenge to overcome, and too often, we abandon our goals and forfeit our challenges. We ignore our potential and settle for something much less satisfying. Cue the discontent and frustration, the discomfort and dis-ease.

Genuine happiness, which is the truest form of success, isn’t guaranteed. It doesn’t just come with life. It has to be created and preserved. That’s why doing is so important. It is the fuel success feeds off of and the remedy to stagnation. If nothing else, it gives peace of mind because you know you did so much more than just try…

A step by step guide in branding your business

Need to recharge your batteries and set your energy in motion ?