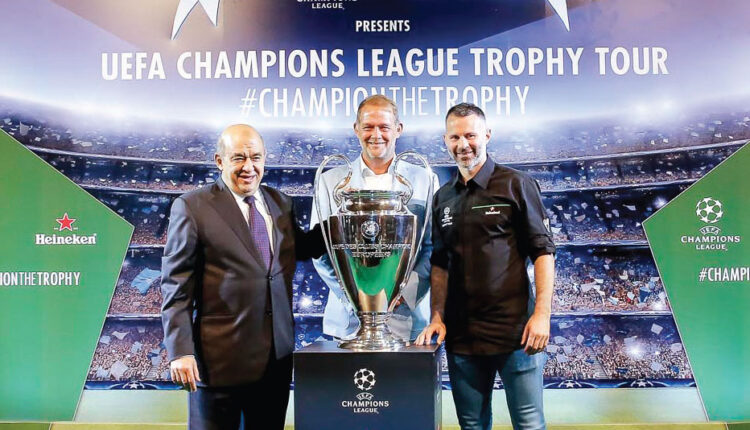 Heineken’s UEFA Champions League Trophy Tour arrived to Egypt on April 2017 giving the Egyptian football fans a rare chance to get up close and personal with the Trophy of the most anticipated clubs’ competition. In a grand premium event taking place at the majestic Mena House Hotel, overlooking the magnificent pyramids of Giza, Heineken hosted the UEFA Trophy accompanied by Manchester United Legend, Ryan Giggs.

From Gouna to Dahab, to Aswan and the North Coast – Coca-Cola’s New Campaign gives Consumers the Chance to “Taste the Destination”

Will Smith drops by the Mena House Hotel