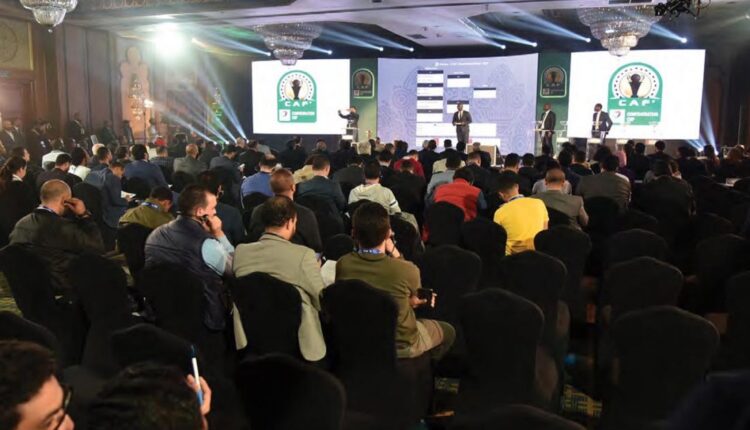 The Cairo Marriott Hotel & Omar Khayyam Casino had the pleasure to host the African Champions League and the Confederation Cup draw for the 3rd time in history at the iconic Aida ballroom. The event which all football fans have been waiting for took place on March 20th 2019. Live from the heart of Cairo, the official draw took place at Cairo Marriott Hotel. The day started with a cocktail reception held at Almaz. Guests had a chance to mingle and spend some time in the fresh air with the Nile view as a backdrop. Following the reception the draw took place at Aida ballroom where the official results were announced and guidelines for the upcoming games have been set. Attending the event were the iconic football players Emad Meteb and Patrick M’Boma in addition to a number of legends in the football game field. CAF was founded in 1957 and the secretariat is based in Egypt. The founding members are Egypt, Sudan, Ethiopia and South Africa along with 54 Member Associations.

The most picture-perfect venue for an extraordinary wedding