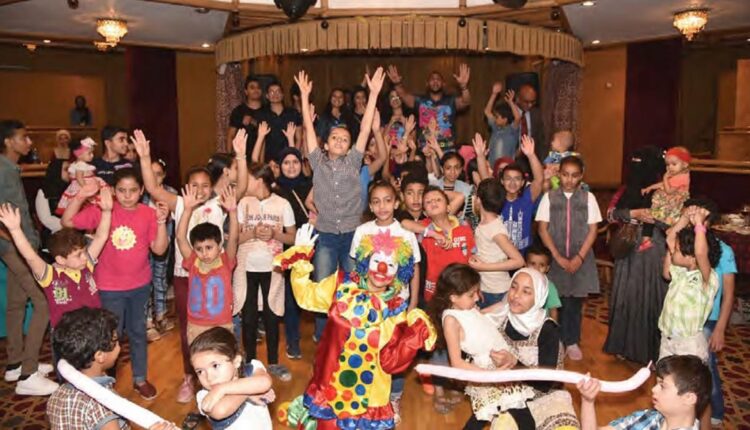 It is this time of the year where the Cairo Marriott Hotel’s team welcomes the little fighters of 57357 Children’s Cancer Hospital along with their families and team and representatives from the hospital management for an iftar event. As part the Cairo Marriott Hotel “Serve 360” initiative to support community- doing good in all directions, the hotel invited over 150 guests for the annual iftar at Empress Ballroom. Hotel team members had the pleasure to join the kids’ during the event and enjoy an evening full of fun, laughing, playing and dancing. Following iftar, a full entertainment program was prepared for the kids where they had the chance to go far with their creativity at the Ramadan mosaic, Fawanees Coloring and Jar Decorating stations. Kids were dancing on DJ tunes all around the ballroom as the clown was forming the balloons for everyone in the shape of their choice. The day ended with the magician fascinating kids with his mysterious magical tricks such as getting out the coins from the kids’ ears and much more. The hotel presented a cheque with an amount of EGP 57,357 as a donation to the hospital. After a joyful evening, the kids left the ballroom with excited eyes, holding their artistic masterpieces in their hands for an unforgettable memory.