ESK a tale of success

German schools have a long history in Egypt.This history goes back to the late nineteenth century, when the Germans living in Egypt at that time wanted to open a school for their fellow citizens. And by year 1904, the German school of Bab El Louq was opened, and later there were three German schools in Egypt; Deutsche Evangelische Oberschule (DEO), Deutsche Schule der Borromäerinnen Kairo and Alexandria. The German education system is a very successful one as it teaches the kids how to be independent, decision makers, well organized,how to plan, to have a vision, and to be persistent and here in Egypt it proved a great success throughout the years and this led to high demand on it, but the problem was the the limited number of schools in Egypt and here when comes the successful story of Europa Schule Kairo (ESK). The school was founded by Dr. Gamal Nawara in 1998. It was very difficult to open another German school in Egypt, but for Dr. Gamal it was a dream that came true. He had a long-felt desire to establish a German school and he did it. He wanted to create a small piece of Germany in Egypt and at the same time offer children opportunity to take German Abitur without leaving their home country and family.
ESK managed to obtain the status of a “German School Abroad” as of 2008, thus overcoming a barrier that once seemed invincible and hard to overcome, as this type of education had been restricted to these three schools for over a century. Thereupon, the Europa Schule Kairo has achieved great success since its inception, illustrated as follows:
1- It is the first German school in Egypt established from the outset as an integrated school (from KG to Secondary stage).
2- It is the first German school in Egypt, in addition to the three schools mentioned beforehand, that grants the German high school certificate “Abitur” as of the academic year 2010-2011. The seventh group was awarded the certificate in 16/2017. The importance of this certificate is attributed to its being the leading high school certificate recognized and acknowledged all over the world.
3- It is the first German school in Egypt, in addition to the three schools mentioned beforehand, to be enlisted in the German Schools Directory abroad.
4- It is a German school in Egypt established under the umbrella of a non-profit association, namely the European Council of International Schools (ECIS), registered under No. 6038 in the Social Affairs Directorate in Cairo, in accordance with the provisions of Law No. 84 of the year 2002 on associations and civil institutions.
ESK earned this success through hard work and devotion and it became an example to be followed. 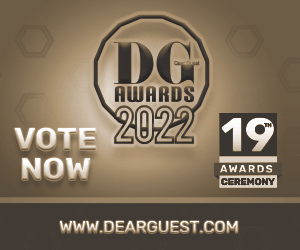