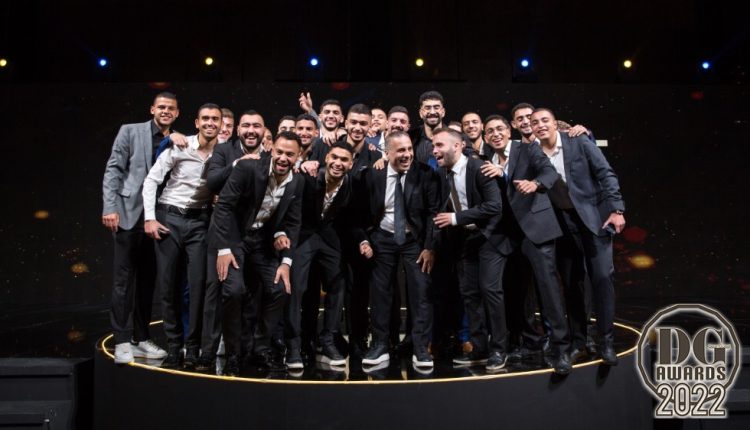 Dear Guest returns for its 19th year with yet another memorable annual premiere and major award ceremony. Most people recall the night of December 16th at the gorgeous Dusit Thani Lake View Hotel, located in the fifth settlement of the New Cairo District. The DG awards are handed to the most outstanding and deserved achievements within diverse categories. These award winners are selected through our online surveys, regularly held from September to December of each year. Which are solely conducted to evaluate and determine the deserving actors, directors, producers, writers, and the best in the industry, all of whom are looking forward to Egypt’s finest Award-winning night, which will be hosted at one of Egypt’s top settings.

The stakes were high for the 19th edition of the DG award ceremony’s night, which was all about distinction and recognizing the year’s most prominent and thriving accomplishments. It was an inspiring night of jaw-dropping elegance and magnificent couture. For nearly two decades, the festival has been viewed as a portal to the wonders of cinema where everyone leaves with a newfound respect for one another’s achievements.

The event was hosted by the lovely Poussy Shalaby, as is customary. The evening began with a moving montage of all the artists who parted us in 2022. The Memories 2022 film was a lovely tribute to those who have passed but will never be forgotten.

Another documentary was created to commemorate the late veteran Egyptian and Al-Ahram journalist Ibrahim Hegazi, who received the DG’s Journalist Honor Award. His son was present to accept it on his behalf and expressed his heartfelt gratitude for the video.

Ahmed Abdelaziz was honored with a Life Achievement Award in recognition of his thirty years of acting and 250 works of art.

Career Appreciation Award was won by Ehab Tawfeek. Who captivated the audience by performing “Leeky Andy” and bringing Mohamed Osama up to the stage to perform a snippet of their upcoming song, which will be released in 2023.

DearGuest Excellence Awards were distributed in alphabetical order at the behest of DG Chairman Maged Hosny to emphasize that everyone is of equal significance and importance.

This year’s Best Rising Actress Award goes to the beautiful Hagar El Serag. With the uprising sensation, Nour El Nabawi whom received the exact award but in the male category.

Best Talk Show and Best Tv presenter was awarded to the one and only Amr Adib. The leading couple holds a substantial magnitude within the media.  Lamis Elhadidy was also rated the best female presenter.

Moving on to the Sports Section of Television, DG ensures that the greatest sports media is recognized. Seif Zaher won the most votes in the Best Sports Presenter category. For the third year in a row, Hazem Emam was rated the Best Sports Radio Announcer. Ahmed Sayed Zizo, an Egyptian professional footballer who plays as a winger for Egyptian Premier League side Zamalek as well as the Egypt national team, won Best Football Player Award. Stad Masr received the award for Best Tv Sports Program.

According to the survey results, DG recognizes a number of companies with Business Awards, News, TV channels, websites, and Programs. The winners of this year’s noteworthy awards are listed below.