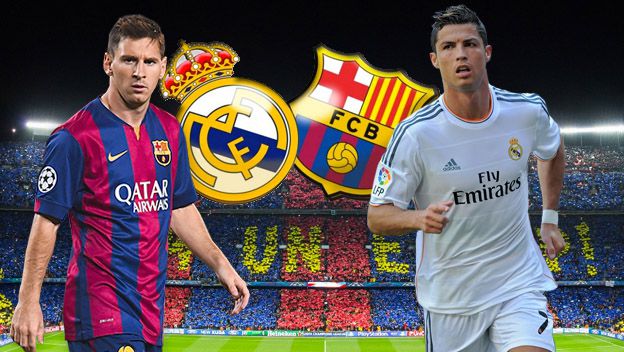 Real Madrid & Barcelona… Situation as is !!

Real Madrid thrashed Deportivo La Coruna 6-2 to stay level with Barcelona at the top of La Liga on Wednesday after the Catalans crushed Osasuna 7-1, condemning the minnows to relegation.

Lionel Messi, Andre Gomes and Paco Alcacer scored twice each and Javier Mascherano netted his first goal for the club from the penalty spot as Barcelona built on Sunday’s Clasico victory.

Real, though, showed they would not be easily toppled.
Zinedine Zidane made nine changes for the trip to the Riazor but Madrid’s reserves still made light work of Depor, with Isco running the show and finding the net along with James Rodriguez, who hit a brace, Alvaro Morata, Lucas Vazquez and substitute Casemiro.
Madrid have 78 points from 33 games, while Barcelona have the same tally from one game more.