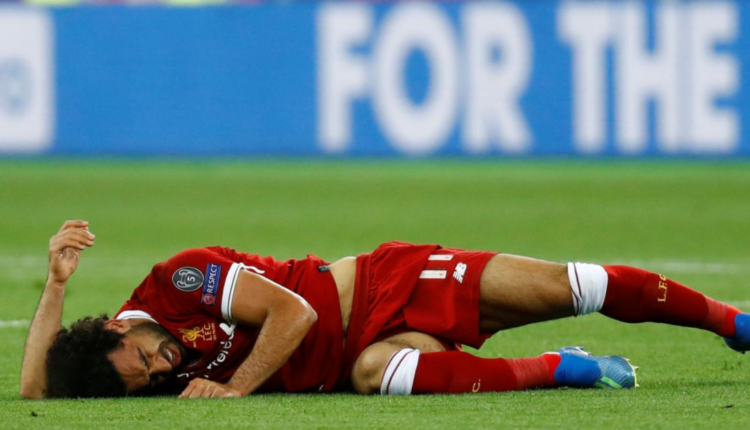 Egypt’s Salah out for up to four weeks, says Liverpool physio

Egypt’s Mohamed Salah’s shoulder injury will keep him out of action for three to four weeks, Liverpool’s club physio said, as the forward tries to recover in time for the World Cup.
The 25-year-old winger is desperate to play for Egypt in only their third World Cup and their first for 38 years.
“He is sad about what happened but is totally focused on recovery, seeing when he can be ready,” physio Ruben Pons told Spanish sports newspaper Marca of the injury to Salah during Liverpool’s Champions League final defeat by Real Madrid.
“In principle it will be between three and four weeks but we will try to reduce those dates, that’s the big goal,” he added.