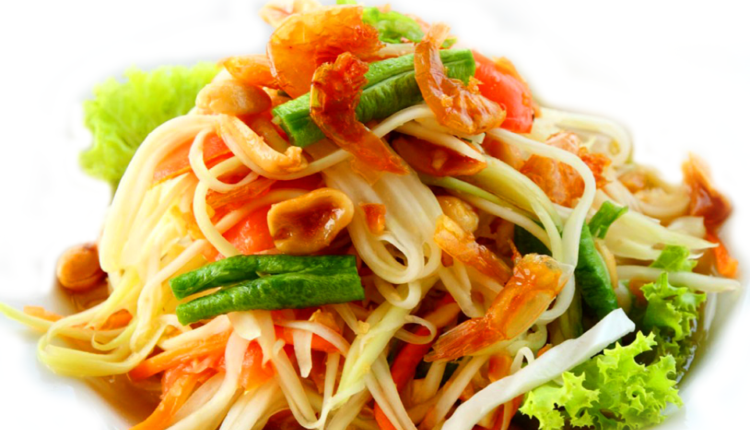 5 Most Famous Dishes You Should Eat In Thailand

Som Tum is a dish originally from the northeastern part of Thailand. A typical salad with the ingredients made up of papaya, peanuts and dried shrimp, tomatoes and sometimes you may find it even with crab and fermented fish. Eat it with rice instead of bread in addition with chicken. Every corner of the city offers this dish since it is the local’s favorite.

Tom Yum Kung is the national dish of Thailand. This is a soup dish that is made of shrimp, strong flavored and very salty, composed mainly of grasses, mushrooms, sometimes with seafood. If you really wanted to taste authentic Thai cuisine then it is compulsory dish to try this dish.

Khao Pad or more commonly known as fried rice. The pre-cooked steamed rice is then cooked again by frying. Usually, it is prepared with Thai Jasmine rice and it typically with a base meat or chicken, pork or beef instead of fish, such as shrimp or crabs. It has tomatoes, onions or eggs as well. They are also fried with green onions, cilantro and garlic, spices that are almost always present in any dish. It is then enriched with soy sauce, sugar and salt. Then served with chopped cucumber and tomato slices. The recipe and the composition may change slightly from place to place since it is very popular throughout Thailand.

Coconut milk is widely used in Thai cuisine, Tom Kah Kai is a sweet and sour dish made with one. It is basically a chicken soup with coconut milk, with the addition of Siamese galangal or a herb that comes from the ginger family.
Pad Thai is a dish made up of rice noodles, stir-fried with eggs, and with the addition of fish sauce and tamarind chili. Sometimes cooked with meat or fish, this is a traditional dish of Thai cuisine and well known throughout Thailand.

How To Overcome a Separation & Love All Over Again

Ahmed Helmy is the most actor who won DG award